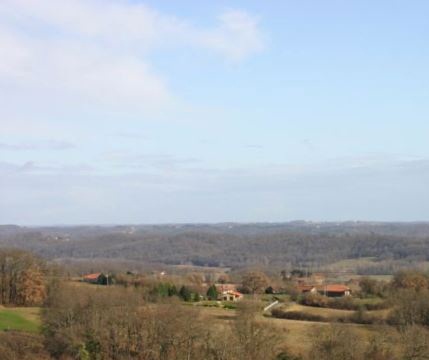 TBILISI, DFWatch–The population in the village Ditsi, which is located close to Georgia’s occupied Tskhinvali region, are protesting against the sale of their land to Indians and refuse to let them cultivate it.

Even though the farmers in the village are left without pasture, they protest against the sale for another reason: that it is dangerous to sell lands close to the occupied territory to foreigners, because they might sell those lands to the occupying power.

The population of the village Ditsi confronted the Indians, who purchased the lands in this village and planned to start working. Locals of the village claim that they learned about the sale of pasture land belonging to the village on Wednesday, when Indians started working on the disputed plots. Thursday, the new owners were not allowed to start organizing fruit yards and they filled earth in holes dug for planting trees.

The population of the village think that selling territories next to occupied region to foreigners ‘is equal to genocide’ and they prepare a complaint to the Prosecutor’s Office. In addition, they promise not to let Indians continue working until a court has made a decision in the dispute.

According to Georgian legislation, a foreigner can freely buy agricultural land. This regulation was established by Saakashvili’s government a few years ago, but there were many who were against it. But in this case it is important that the lands were sold by Ivanishvili’s new government, which hasn’t made any explanations about the case yet.

The only thing that is known so far is that the new owners of the lands are in possession of appropriate documents that they have purchased tens of acres of lands on the territory of village Ditsi.

Four Indian companies bought lands in the beginning of December, 2012 from Madli Ltd, a company registered in the town Gori. Madli Ltd had purchased those lands at the end of November, 2012, a few days before selling them to the Indians.

Locals in the village claim that they didn’t have information that the lands were sold through auction or in some other way and they suspect that there were many of violations in the process. They there demand to have the case investigated.

A few days ago, Indian TV company NDTV reported that Indians are going to Georgia for ‘cheap and fruitful lands’, but the local farmers are concerned.

Indians also own lands in other regions of Georgia, mainly in the eastern part.