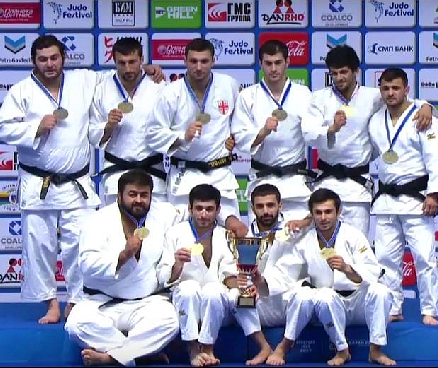 In the final competition, the Georgian male judo team won 3:2 against the Russian team. The victories were won by Nugzar Tatalashvili, Avtandil Chrikishvili and Varlam Liparteliani.

The team defeated Hungary, Greece and Poland before the final.

This is the eighth time Georgia has won the European judo championship.