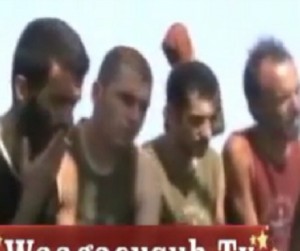 TBILISI, DFWatch – The fifteen Georgians who had been held captive by Somali pirates returned home yesterday. They were released on Sunday.

The Georgian president Mikheil Saakashvili greeted the sailors in Turkey together with the Turkish Prime Minister Recep Tayyip Erdoğan. Three Turkish sailors were also freed along the Georgians. They have spent 508 days in captivity.

After arriving in Turkey the Georgians came home to Georgia together with President Saakashvili.

The ship, which was sailing under a Maltan flag, was captured in September 2010. The Somali pirates demanded 9 million dollars in ransom. The amount proved too big for the shipping company, and the negotiations were broken off.

The Georgian government ascribed the sailors’ release to their inter-agency commission which had worked intensely on the case, but claimed that no ransom had been paid. However, the news website Somali Report claims to have been in contact with the pirates who say that a ransom of 3 million dollars was dropped onto the ship.

In October last year twelve other Georgian sailors were taken hostage off the coast of Nigeria, but were freed after several days.

Hostage-taking at sea has increased globally the last years, according to a report by the International Maritime Bureau. In 2010, 1,181 seafarers were captured, and eight of them were killed. Pirates off the coast of Somalia accounted for 92% of all piracy in 2010.