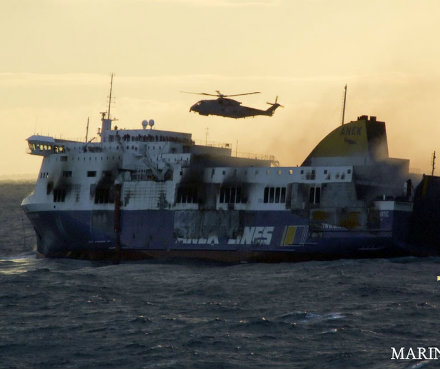 TBILISI, DFWatch–A Georgian priest is among those who died after the ferry Norman Atlantic caught fire in the Adriatic Sea on Sunday.

A spokesperson for Georgia’s Foreign Ministry said a few minutes ago that the body of priest Ilia Kartozia has been found.

Kartozia worked at the Davit Aghmashenebeli Monastery in Mtskheta.

Ten people have been reported dead after the ferry disaster and many are still missing.

It created some confusion in Georgia that Kartozia’s name was on a list of rescued people which was published by Italian media.

Seven other Georgians were also onboard the Norman Atlantic, but are all in safety. Among them is one child and one pregnant woman. They have both taken to a hospital but their health is not in danger.

The fire started early Sunday morning as the ferry was 81 km northwest of the Greek island Corfu, carrying 478 people. The reason for the fire is unknown.