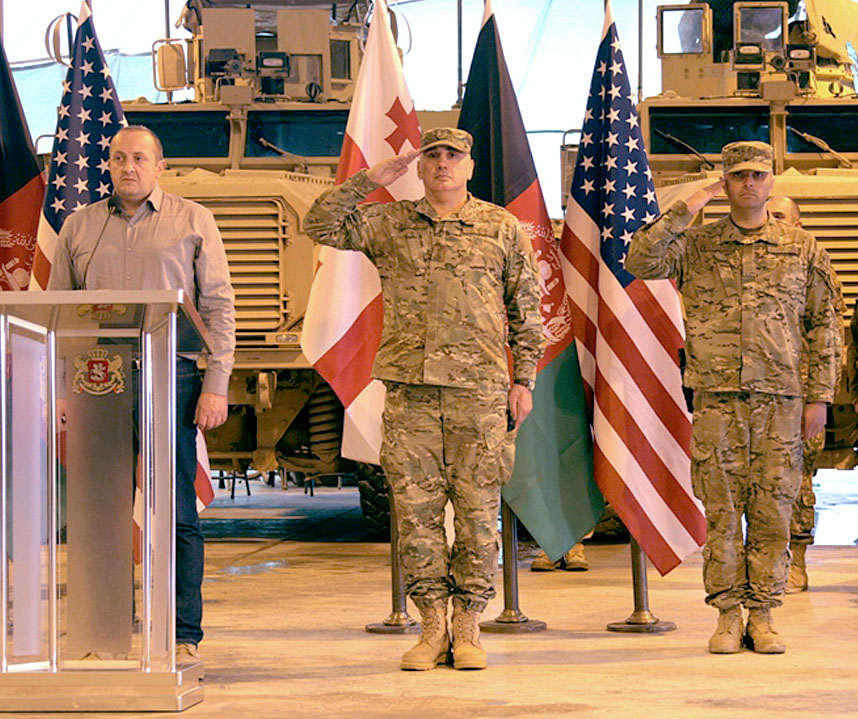 TBILISI, DFWatch–Georgian President Giorgi Margvelashvili has paid a visit to Afghanistan and met with Georgian soldiers participating in the ISAF mission.

Supporters of former President Saakashvili have criticized Margvelashvili for not being active, even though it was Saakashvili who changed the constitution so the president now has more of a ceremonial role than when he was in power.

Margvelashvili recently started being more active and participating in several events. Two days ago, he visited Afghanistan and held a meeting at Lezernik military base.

According to the president’s administration, heads of the battalion talked to the Georgian delegation about their tasks and challenges. Later, Margvelashvili had dinner with the soldiers.

“Every Georgian is proud of what our army is doing in the ISAF mission. This pride rises ten times at the meeting with soldiers here. Each of them is a hero and proves it daily. (…) Members of the coalition always mention their particular respect toward Georgian soldiers,” Margvelashvili said and added, “I want to wish you good luck and return home healthy, we will always be proud of Georgian army’s and military soul’s achievement.”