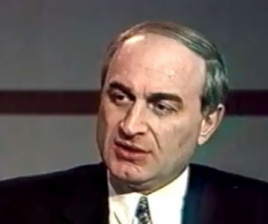 The decision follows a call by the National Movement to not approve the application by the controversial former minister of internal affairs, who was subject to many journalistic investigations into allegations of corruption and murder.

Targamadze served under former President Eduard Shevardnadze in the late 1990s, but after the Rose Revolution in 2003, he left for Russia, where he obtained citizenship. After power changed hands in Tbilisi in 2012, he returned to Georgia.

A few days ago, it was reported that he had applied to the Ministry of Justice for Georgian citizenship, and according to the National Movement he received a positive answer on July 14, the day after he applied.

Georgian law says this kind of applications must be approved by the president, and the UNM called on him not to approve Targamadze’s citizenship because of his past actions.

He is connected to a number of murders while he was minister, when people in preliminary detention were ‘falling’ from the upper floors of the Interior Ministry building, and was suspected of corruption. Journalists did investigative stories on how he appropriated state property through corrupted deals and how he controlled the business community.

People also accused him of scaring people and even of having ordered killings. There was also talk that he put pressure on the media.

In 2001, Speaker of Parliament Zurab Zhvania resigned on the condition that the interior minister would also resign.

The president had until August 20 to make a decision in the case, and on Monday he signed the decree rejecting Targamadze’s application for citizenship.

“Due to the great interest in this issue, the administration of the Georgian president considered it necessary to inform society that Kakha Targamadze was denied being granted citizenship through exceptional rules,” the president’s administration announced.