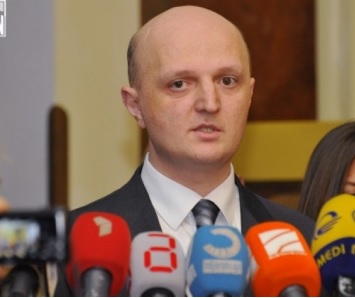 TBILISI, DFWatch–The Georgian president on Tuesday presented parliament with his two candidates to take over as head of Supreme Court.

This was the second time President Giorgi Margvelashvili presented Nino Bakakuri and Zurab Dzlierishvili as candidates to take over for Kote Kublashvili, who held the important position through many years of reforms.

When the candidates were presented the first time, a few months ago, parliament failed to support either of them. But both of them had support from the parliamentary committees, who reviewed the candidacies before the plenary session.

Member of Parliament Giorgi Volski from the Georgian Dream coalition told Interpressnews that he can’t say whether parliament will support the candidates this time around, as it is necessary to study their biography.

The reason the coalition failed to make a decision a few months ago was that the issue needed to be reviewed more, he said.

“I think we will review it this time. It is not enough to study the biography written on paper only. More discussion is necessary,” Volski said.

Zurab Dzlierishvili graduated from Tbilisi State University’s Faculty of Law and was professor at TSU from 2005 to 2008. He is a member of the educational council of Georgian Bar Association.

Nino Bakakuri worked at Georgian Young Lawyer’s Association from 1998 to 2004 and from 2008 until now. She works at the law firm Nodia Urumashvili and Partners.

Under the Georgian Constitution, the president selects Supreme Court judges for a ten year term, but candidates need the support of more than a half of MPs to be approved.

The previous time, Bakakuri received 29 votes, and Dzlierishvili 27. There are 150 seats in the Georgian parliament.