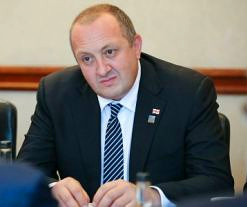 The pardon decree was issued on April 27, and 69 of the pardoned prisoners have already left jail, according to Zviad Koridze, who is head of the president’s pardon commission.

10 of the released prisoners are women, and two are juveniles.

26 prisoners had their sentences reduced; among them, two women and two juveniles.

The commission looked at 597 cases.

There are two separate commissions in Georgia for reviewing requests from prioners for pardon; one under the president and the other under the Prison Ministry.

It is customary for the president to pardon prisoners in connection with important public holidays. The Georgian Orthodox Church celebrates Easter this week.