Georgian PM: Organizers of Khurcha shooting will be punished

Georgian PM: Organizers of Khurcha shooting will be punished 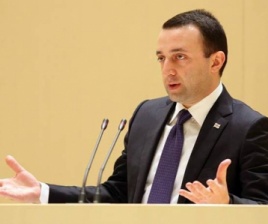 TBILISI, DFWatch–Acting Interior Minister Irakli Gharibashvili promises that those who ordered and organized the so-called Khurcha incident in 2008 will be identified and punished.

A few weeks ago, police detained two former government officials on suspicion of having organized a terrorist act.

The detained were Roman Shamatava, former chairman of chief department of the Constitutional Security Department of the Autonomous Republic of Abkhazia, and Malkhaz Murghulia, former employee of the special measures center department in the Samegrelo-Zemo Svaneti region.

According to investigators, Shamatava conspired with other Interior Ministry officials to organize and implement a terrorist act on May 21, 2008, in the village Khurcha, near Zugdidi. The aim was to scare locals by threats to kill someone or damage private property, endangering public safety.

Investigators say municipal transport was organized that day in order to bring the population of the village Nabakevi to Zugdidi to vote in the parliamentary election, and that Shamatava, Murghulia and other employees caused people to panic by firing their guns many times. Malkhaz Murghulia used two grenades to blow up the buses in front of people who were supposed to be transported by these buses.

Nani Kardava, one of the passengers, was seriously injured as a result. According to the investigation, organizers of the terrorist act paid compensation for the damaged buses and for an injured woman’s treatment by using money from the Interior Ministry’s budget for secret assignments.

Addressing parliament Tuesday, Irakli Gharibashvili recalled the conclusion of UN experts saying that the conclusion reads that the incident was preliminarily prepared and used for propaganda purposes.

He said the results of the investigation are alarming, as they show that former Interior Ministry officials organized a terrorist act against their own citizens.

“This is a fact which is reality about which the opposition used to talk about back then, as well as UN experts,” he said, adding that the investigation is not finished and the court will make a final verdict.

The UN’s Secretary General’s report about the situation in the breakaway region Abkhazia described the incident.

The report says that May 21, 2008, there was a shooting incident while many people from Gali, a region in Abkhazia, were gathered on a stadium in Khurcha. It says that people were requested to gather on the stadium in order to be taken to Zugdidi to vote, but the report doesn’t specify who asked them to come.

People ran away when the shooting started and the empty buses exploded. The report says that the investigation of the UN monitoring mission revealed that the grenades that were shot at the buses were fired from 100 meters away, from Georgian-controlled territory.

The report outlines suspicions around the incident, because it was filmed with TV cameras. It is hard to explain how the TV cameras came to be already in place before the shooting if it was a spontaneous incident.