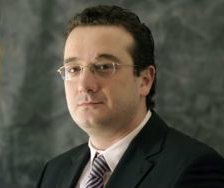 It is a post with responsibility for forming closer ties with NATO and the European Union. One of the most pressing tasks is implementing an extensive free trade agreement with the EU signed in June, which contains commitments to bring hundreds of EU directives into Georgian national legislation.

He was head of the European Affairs department at the Foreign Ministry during 2006-2008 during Saakashvili. After that, he became senior advisor to the Georgian embassy in Sweden and Finland, and later temporary trustee of Georgia in Finland.

From March, 2012, until now he was ambassador to Greece and Serbia.