Georgian opposition has run out of cash

Georgian opposition has run out of cash 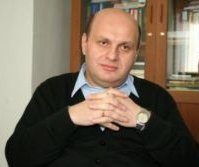 Nodar Khaduri says Georgian Dream has no money, because the government has seized all the coalition's bank acounts. (IPN.)

TBILISI, DFWatch – Nodar Khaduri from the opposition Georgian Dream says the coalition doesn’t have money, because the government seized the party’s accounts. He calls on the population to donate to Georgian Dream, only to not give money, but posters and t-shirts with their brand name.

Nodar Khaduri on Friday told journalists that the seized bank accounts of Georgian Dream member parties are undergoing claims procedure, so their t-shirts cannot go through customs in economy zone of registration.

Khaduri withdrew money from his salary account and plans to personally arrive at the customs service to the pick up the t-shirts after they have been cleared through the formal procedures.

The political subjects that make up Georgian Dream were fined by a court because of illegal donations. But party representatives say that the fining was illegal, so they do not plan to pay. Accordingly, the bank accounts of all these parties were seized and an enforcement procedure has started.