Georgian Muslims to have two muftis

Georgian Muslims to have two muftis 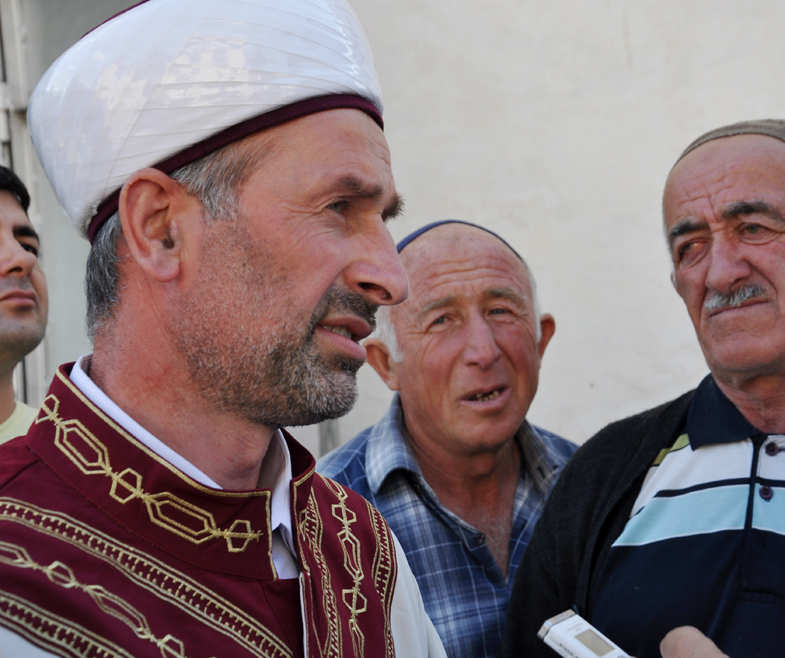 TBILISI, DFWatch–Muslims in Georgia will from now on have two muftis instead of one. This was decided at a session of the Administration of Muslims of all Georgia on January 9.

Jemal Paksadze, who used to be the Mufti of all Georgia, from now on will be mufti of western Georgia, while Iasin Aliev will be Mufti of eastern Georgia.

Georgian and Azerbaijani Sunnis had one mufti in Georgia until now; however Jemal Paksadze explained after the session that the western mufti administration from now on will decide on problems of Georgian Muslims and changes that concern Azerbaijan Muslims.

“I was elected in an open ballot with 19 votes. I am the Mufti of Georgian Sunnis living in Georgia,” Paksadze says, explaining that Georgian Muslims living in Tbilisi, Kakheti and Tsalka will also be under of their responsibility.

He said there are changes for the Azerbaijani people, as the head of the Shiite resigned and the new Sheikh is elected, while Iasin Aliev will be mufti of the Sunni.

Tariel Nakaidze, who is head of the Georgian Muslims’ Union, explained to Interpressnews that he thinks the reason for splitting and having two muftis is related to incompetence in the Administration of Muslims of all Georgia, and that Azerbaijani Muslims decided to separate from the administration as they do not trust it.

He says the government had foreseen the requests of Muslims and in 2011 founded the Administration of Muslims of All Georgia, but presented unknown people as founders of the administration. These people do not show up at mosques and do not perceive themselves as Muslims.

“It turns out that the government doesn’t trust the Muslim community and tries to let people under its control found an organization which it will control easily,” Nakaidze says, adding that this causes suspicion and distrust towards the administration.

The head of Georgia’s Supreme Muslim Religious Department issued a statement saying that the new government is continuing what the previous government did.

The statement reads that the government appointed new leaders of the Muslims of Georgia.

“In other words, they repeated what the Saakashvili’s regime did with only one difference: This time one of the newly appointed persons is one of us,” it continues. “This way they’ve attempted to hide their lies and didn’t solve the real problem, but made another mistake.”

The statement expresses protest against the appointing of new heads of Muslims and calls it unacceptable.