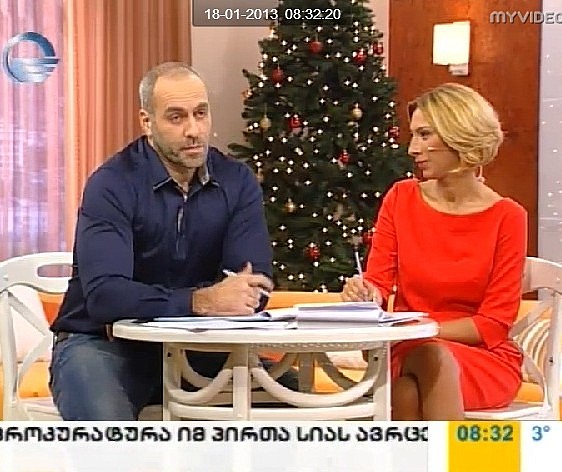 January 18, one of the anchors of a morning talk show on Imedi TV said: ‘I’m honestly sorry for both surrogate children of Elton John’. The other one replied: ‘I do not really envy them. When they grow up they will have two fathers.’

People in social networks as well as non-government organizations complained against the exchange and accused the anchors of furthering prejudice and of insulting sexual minorities.

The House of Tolerance, a local organization, issued an appeal expressing concern for the statements and calling on Imedi TV to study the case and in the future prevent the circulation of homophobia and hate speech.

The Broadcasters’ Code of Conduct obliges TV channels to avoid any type of attack on social groups, as well as discrimination of minorities, including the use of assaulting words, pictures or video.

LGBT and Identoba, two groups that defend the rights of sexual minorities in Georgia, said this was not a unique case in Georgia.

Identoba drew attention to its December 31, 2010 complaint against Rustavi 2 TV, another popular channel, regarding its anchors, Gvantsa Daraseli and Imeda Arabuli, on Good Morning Georgia, who joked about Elton John and his partner. Rustavi 2 then reprimanded the anchors for violation of ethics principles.

LGBT representatives on Friday reported that the producers of Imedi’s morning show contacted them and expressed concern on behalf of the management of the TV channel.

Shengelia also said that the TV company issued a strict reprimand to the journalists and that Imedi TV takes responsibility not to let it happen again.