Georgian media: One for all, all for one

Georgian media: One for all, all for one 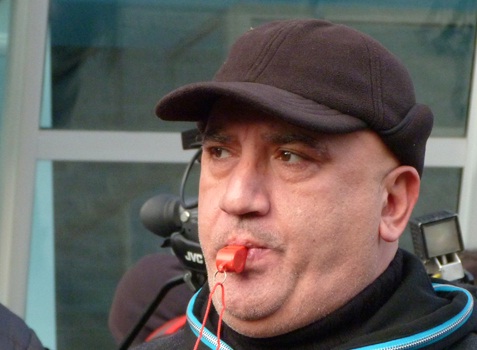 Mamuka Glonti who left his post as producer at crisis-stricken Maestro TV is rallying free media in the country to join the new alliance, to protect against government harassment. (Photo: Mari Nikuradze.)

TBILISI, DFWatch – Georgia’s crisis-stricken free media have agreed on a new plan to react against outside interference in their work.

The plan comes after a cable channel had to escape to a different studio and newspapers in Tbilisi have seen many newspaper kiosks torn down, threatening their distribution.

Former producer at Maestro TV Mamuka Glonti took the initiative to the alliance, which works on the principle that an attack on one is an attack on all, and requires a joint response from the media sector.

The idea is to have a stronger and clearer voice so the message will get through both inside Georgia and abroad. In the new memorandum the aim is described as to protect its member journalists and media outlets against political pressure and other illegal actions.

Also non-members might receive the alliance’s protection, but that will be decided on a case by case basis.

The memorandum will be signed at an official ceremony February 1 at 1 pm, at the offices of Obiektivi, an internet based radio and TV outfit in Tbilisi.