Georgian government to have a ‘mountain minister’

Georgian government to have a ‘mountain minister’ 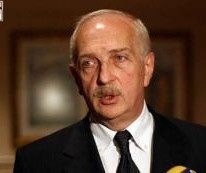 The initiative is quite fresh, and the public and opposition MPs have not yet formed an opinion about the idea because not many details are known.

One of the coalition’s MPs, Gia Zhorzholiani, on Wednesday told journalists that coalition members have reached consensus about the issue, and are now in consultations with the executive government.

“There will be created a special post, a state minister post, which will guarantee the enforcement of the laws and support the development of the mountain regions,” he said.

Zhorzholiani expressed confidence that the government will agree with their initiative.

Meanwhile, the government has finished a year of work on a Mountain Law, which aims at assisting the population living in mountain regions, like encouraging small businesses.

The bill has been approved by the cabinet and has been submitted to the legislative body for review.

A few days ago, Prime Minister Irakli Garibashvili said that it is necessary to timely enforce the new law in order to prevent villages in the mountains from being emptied of people and assist families there.

Even though the government has approved the draft, Minister of Infrastructure Nodar Javakhishvili is pessimistic about the law. He thinks parliamentarians will demand more benefits for the mountain population than what is currently feasible.

He said the law will come into force step by step within three years and will require at least 50 million laris of expenditure. This will include higher pensions, more money to doctors and nurses, allocation to prevent winter heating problems, and higher salaries for teachers.