Georgian football official dies after being hit by police car

Georgian football official dies after being hit by police car 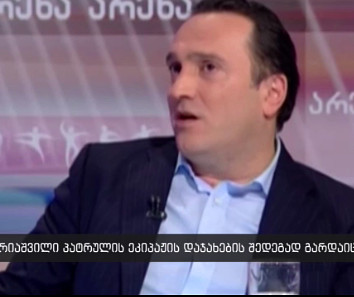 TBILISI, DFWatch–A Georgian football official died in a car accident Tuesday morning. Davit Petriashvili (46) was hit by a police car in the center of Tbilisi and died on the spot.

Petriashvili who used to manage relations between the Georgian Football Federation (GFF) and UEFA.

The Prosecutor General’s Office confirmed the accident, which happened at the intersection betwen Pekini Street and Bakhtrioni Street in the center of the capital.

Petriashvili was crossing the street when the police car hit him.

The Prosecutor General’s Office is investigating on the basis of article 276 of the Criminal Code, about violation of traffic rules leading to death. No-one has been arrested so far.

Petriashvili started his career at the GFF. He was at various times director of Tbilisi’s Dinamo stadium, in charge of organizing UEFA and FIFA matches, and Georgia’s ambassador to UEFA.

GFF expressed its condolences to the family of the victim and has cancelled all planned events until the end of 2015.