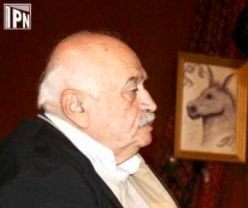 Rezo Chkheidze rose to fame in the Soviet Union for his iconic 1964 World War 2 black-and-white drama Father of a Soldier, with a powerful performance by Sergo Zakariadze who plays an elderly farmer who tries to find his son, a tank crew member, through the battlefields of the eastern front to Berlin.

The most critically acclaimed among his works was Magdana’s Lurja (Magdana’s donkey), which was the result of a collaboration with another famous Georgian director, Tengiz Abuladze, which won “Best Fiction Short” award at the 1956 Cannes Film Festival.

Chkheidze was popular among the Soviet ‘nomenklatura’ and served as secretary of the Georgian Soviet Socialist Republic’s union of cinematography, then a top decision-making body in the field, throughout 1960s and 1970s. He was twice elected deputy of the Supreme Soviet of the USSR.

Altogether he directed 11 films, including documentaries.