Georgian doctors are fed up: haven’t been paid for six months

Georgian doctors are fed up: haven’t been paid for six months 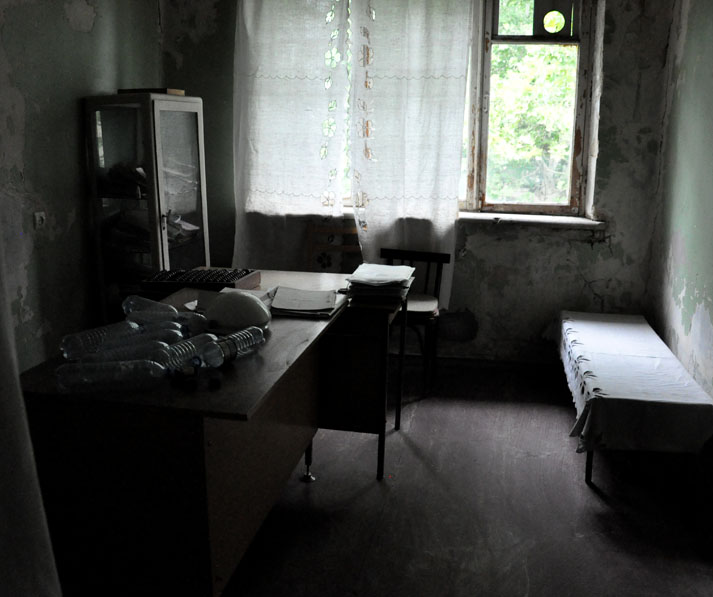 The hospital in Kharagauli, owned by Aditti. (DFWatch.)

TBILISI, DFWatch–Doctors demonstrated in six towns in Georgia Saturday, demanding to have their salaries. Their target is the company Aditti, which has bought many of the formerly state-owned hospitals in the country.

Doctors have gone without pay for more than six months. They also demand that the government cancel contracts with Aditti, which owns hospitals in nine towns around Georgia.

The Health Ministry claims the decision to cancel the contracts has already been made and will come into force in a week.

Employees at the hospital in Dedoplistskharo in the eastern Kakheti region haven’t received salaries since February, and there are numerous complaints against Aditti, with no results.

“We aren’t paid, we don’t have normal work conditions, no proper equipment, which is unacceptable for patients,” Information Center of Kakheti on Saturday quoted doctor Nino Begiashvili.

“We want to solve the issue of salaries, but also work conditions.”

As DF Watch reported, Aditti has obligation to rehabilitate and equip all those hospitals in Georgia. But it never started fulfilling its contract liabilities.

Aditti, an Israeli company, says it does pay its staff, but doctors in all regions where it has business in Georgia claim that they haven’t received salary for six months.

Aditti representatives told Channel 1 that insurance companies haven’t paid more than one million lari (USD 600 000) in total and they already complained to the courts against those companies.

Deputy Health Minister Dimitry Makhatadze said at a briefing Saturday that the ministry is abolishing its contract with Aditti, as this company doesn’t have the resources to fulfill its obligations. After the contract is abolished, the government will take over its obligations.

“The government will take on these obligations and provide for the development of infrastructure in all of those hospitals,” he said.

It is still unknown who will cover the unpaid salaries for doctors all around Georgia.