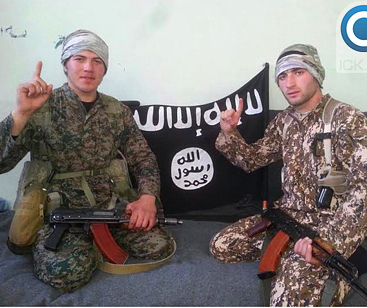 TBILISI, DFWatch–There were reports on Tuesday that 20-year-old Ramzan Baghakashvili from Pankisi Gorge in the northeast of Georgia has died in Syria.

Baghakashvili, who was from a village Dumastura, left Georgia for Syria two years ago with another teenager.

“We learned that two days ago he [Ramzan] died during attacks and was he was buried there. He has parents and sister here in Pankisi,” 2030 News quoted Natela Margoshvili from Pankisi.

Ramzan Baghakashvili was eighteen when he left secretly with 16-year-old Muslim Kushtanashvil in April 2015. Their families were worried, but some time later the two called from Syria and said they were fine. They also sent a picture of themselves dressed in military fatigues with machine guns and an ISIS flag.

The same year, the police arrested a local, Aiup Borchashvili, for recruiting youth in Pankisi. Ramzan and Muslim were two of his recruits. Investigators claimed that he helped the two reach Syria and join ISIS.

The court found Borchashvili guilty and sentenced him to 14 years in jail.