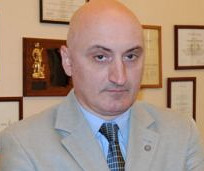 At the latest round of talks, which ended on Wednesday, Georgia brought up the treaty signed by Russian President Vladimir Putin yesterday. It ensures South Ossetia’s integration in terms of military, borders, customs, and social programs like pensions for the next 25 years.

The Geneva talks is one of the official formats of talks involving the conflict parties from the 2008 Georgia war and is used to discuss a wide range of issues and problems in relation to the still unsolved conflict. It differs from the Incident Prevention and Response Mechanism in that the Geneva talks are top-level and may be used to address the main things that the conflict is about, while IPRM meetings are more practical and attended by lower level officials who discuss the everyday problems for people who live near the delineation line.

“Negotiations were difficult, I’d say the most difficult, in parallel with what was happening in Moscow,” Dondua said, referring to Russia’s signing of a so-called treaty of alliance and integration with the breakaway region South Ossetia on Wednesday.

He said Georgia raised that issue, as well as Russia’s signing of the same kind of treaty with Abkhazia in November.

“And basically this scandal was unleashed by First Deputy Minister of Foreign Affairs of Georgia David Dondua in connection with the signing of the treaty in Moscow.”

Karasin said the issue of the treaty is not included among the issues discussed during Geneva talks.

According to Georgia’s Foreign Ministry, the parties discussed security and stability issues on the occupied territories during the first part of the talks, while in the second part they addressed the issue of refugees and IDPs and finding a way to let them return to their homes in a secure and dignified way.

More than two hundred thousand people are still displaced from the war in Abkhazia more than twenty years ago.

Georgia also asked that Georgians living in Gali, a settlement of mostly ethnic Georgians in the south of Abkhazia, should be able to use Georgian as a teaching language in the schools, but according to Georgia’s Foreign Ministry the ‘certain participants’ of the talks found this demand unacceptable and left.