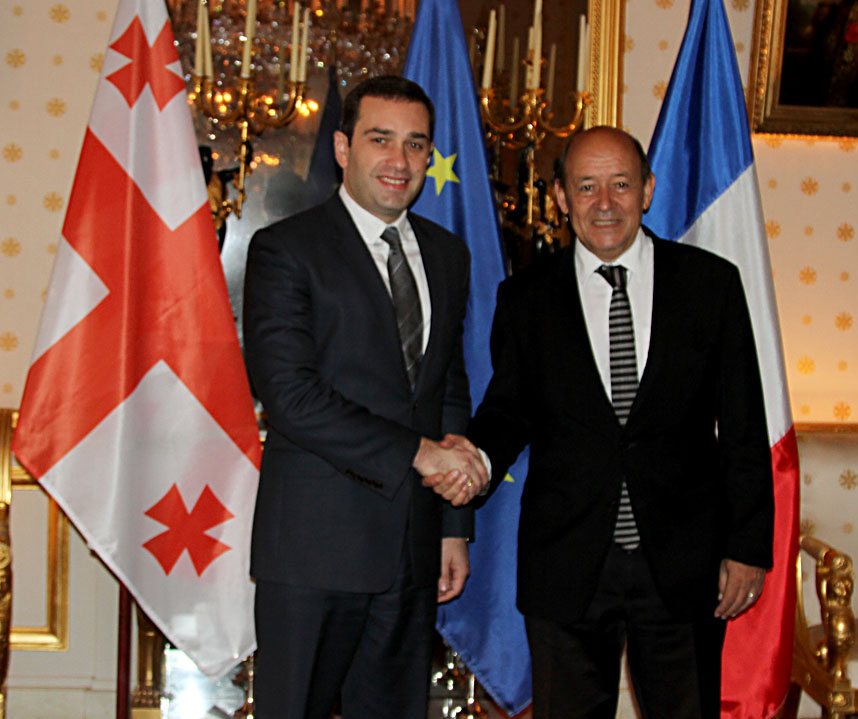 They discussed military-industrial cooperation between Georgia and France and future plans.

“We also spoke about issues in military education. I am very satisfied that such a high level of mutual understanding exists between Georgian and French military servicemen,” he added.

He continued that one of the main topics was Georgia’s participation in ISAF, as well as the NATO summit in 2014.

During the visit, which ends today, Alasania also met with the Director of Continental Europe Department, Eric Fournier, to discuss deepening relations in defense.