Georgia will consider proposal to open McDonald’s in Abkhazia

Georgia will consider proposal to open McDonald’s in Abkhazia 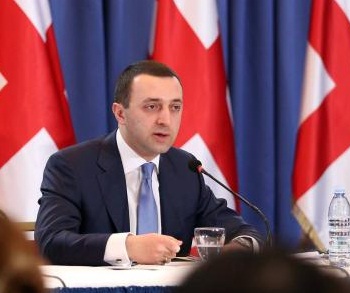 Gharibashvili Thursday said at a press conference that he will discuss the issue with members of the Georgian Dream coalition, and then talk to Temur Chkonia, a businessman who represents both companies in Georgia.

The PM’s statement was a response to a recent report that McDonald’s plans to enter the Abkhazian market. The hamburger chain published a statement about this on its official website.

The international community does not recognize Abkhazia as a country and foreign companies cannot enter the market there without permission from the Georgian government.

Chkonia says he has an agreement with McDonald’s that the company will need his personal permission before opening a branch in Abkhazia.

The statement McDonald’s published is now removed from its website, but Chkonia thinks that if the Georgian government grants official permission to the company to open a branch in Abkhazia this will not only be profitable for business, but also contribute to solving the conflict.

The PM said Thursday said that there is not made any decision about this issue yet, but he added that government has plans for developing the economy in the regions in the conflict zone and implement a number of infrastructure programs.