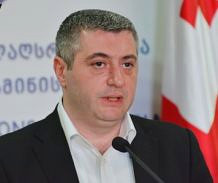 TBILISI, DFWatch–The Georgian government will from next year allow the Public Defender’s Office to take pictures inside prison.

This will allow photographic evidence to be obtained in cases where there is suspicion of abuse, or when sanitary conditions are deemed questionable.

Georgia’s prison system has been surrounded by controversy, as the Saakashvili government  filled up the prisons under dubious judicial safeguards while Western experts sought to reform the increasingly overcrowded facilities.

The Public Defender, or Ombudsman, had the task of looking into the many horror stories emerging through family and friends of inmates and criticized conditions although facts were often disputed and access was limited.

Kakhishvili, who represents the new government which took office in 2012, told journalists Monday that on a legislative level, the required amendments have been passed, and the Prison Ministry is currently preparing the rules for taking photographs inside its facilities.

The new photo rules will be operational from 2016. Representatives of the Public Defender’s Office will be allowed to take pictures if a prisoner has bodily injuries, or to document the hygienic conditions inside jails.

Kakhishvili underlined that the regulation would need to be refined in such a way that photos are not used for ‘pointless PR.’

Photos of prisoner abuse have played an important role in recent Georgian politics. In September, 2012, two weeks before a parliamentary election, a handful of videos taken inside prisons were leaked to the media. The footage showed prisoners being subjected to verbal abuse, violence and even sexual abuse.

The publication of the videos caused an outrage, with hundreds of thousands of people demonstrated against the prison system, and may have affected the outcome of the election.

After coming to power, the Georgian Dream coalition introduced a mass amnesty which led to the release of half of all prisoners.

The Public Defender is a public official with a staff that investigates possible human rights abuses, summarizing findings in a report to the parliament once a year. It is Georgia’s national preventive mechanism under Council of Europe rules, with responsibility for looking into suspicions of inhuman or degrading treatment of prisoners.