Georgia wants to give locals preferential treatment in labor market

Georgia wants to give locals preferential treatment in labor market 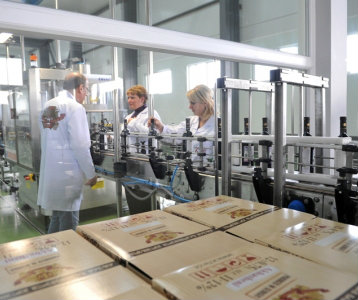 TBILISI, DFWatch–The Georgian government is preparing to impose a protectionist labor migration law, under which local employees only will be allowed to hire a foreigner if they cannot find a local who satisfies their requirements.

The draft law on Labor Migration is already submitted to the parliament and is now at a discussion stage in eight different committees. The leading committee in the discussions of the draft law, the Committee on Healthcare and Social Issues, will have its first reading on February 10-11. Three of seven supporting committees has already reviewed the draft law, and four of them will do it next week as well.

According to the head of the department of Public relations of the parliament of Georgia Nino Beradze, the date of the plenary session for a first hearing of the draft law is not determined yet.

After the first hearing, the draft law will go back to the social and healthcare committee for further discussion. Parliament will vote on the law at its third hearing.

A week to find a local employee

If the law is enforced, local employers will have to submit information about an available vacancy or vacancies and required qualifications to the Ministry of Labor, Health and Social Affairs. Then, a relative administrative body, operating within this ministry, will search for a local employee with desired qualifications. If such a person is not found within seven days, then the employer will be able to register an official request to employ a foreign citizen.

The draft law also stipulates that a foreign citizen who comes to work in Georgia will have to get a special D1 working visa. Foreign students will be allowed to work as well, but not more than 24 hours per week.

However, not all foreign citizens and temporary residents of Georgia will be subjected to the new regulations. Teachers and lecturers, professional athletes and coaches, employees of diplomatic missions and equivalent organizations, employees of international humanitarian organizations, accredited foreign journalists, engineers, temporary medical personnel and people invited to work for public administration institutions will be exempt from this law. In some cases, though, an official invitation letter will be needed.

In the closing section of the draft, the Ministry of Labor, Health and Social Affairs stated that the new law is needed because there are no laws regulating labor migration in this country, and also because of the commitments undertaken by Georgia towards liberalization of the visa regime with the EU.

In addition, the government wants to prevent a flow of unskilled workers from other countries, and to ensure employment of graduates from local education institutions.

“If local personnel are not in a privileged position in the national employment market, there is a risk of unskilled labor inflow from other countries, which will render local human resources non-competitive. In that case, investments made by the State and the European Union may prove inefficient, because the index of employment of graduates will not be in line with the level of qualification received,” reads the document.

The current government of Georgia already tightened its immigration regulations by shortening visa-free stay in the country to 90 days out of 180 instead of previous 360 days. Critics said that this will bear a lot of negative consequences to

There is a consensus among economists, that nations benefit from labor movement across national borders, and migration restrictions distorts the global labor market. Howard F. Chang from University of Pennsylvania Law School notes that despite these considerations there are some economists and policy makers who favor immigration restriction in order to protect native workers from foreign competition. However, according to him, these restrictive laws are simply not justified by economic impact they have on native workers, and he suggests changes in taxation system instead.

But economic reasoning is not the sole factor that backs up protectionism. A group of researchers from Spain and Uruguay published a paper in 2006, in which they point out other factors relative to the support of protectionism. Data from 33 countries demonstrated that the degree of religiosity, measured by religious service attendance, and strong feelings of national pride and national superiority are among factors influencing support for protectionist measures, including labor market restrictions. Also, people with lower income and less education tend to support protectionist measures more than their peers with more education and higher income.