Georgia ushers in bill to criminalize FGM after news report

Georgia ushers in bill to criminalize FGM after news report 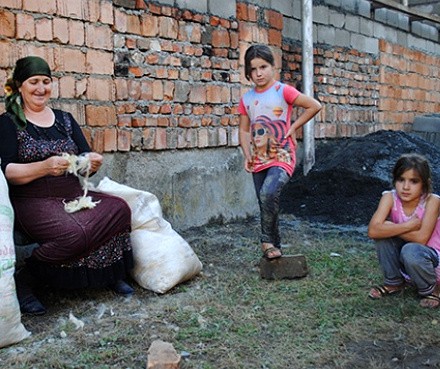 The practice is in use in Kvareli and a few other villages in the east of Georgia. (Aida Mirmaksumova.)

TBILISI, DFWatch–The government in the former Soviet republic of Georgia has proposed a bill which will make it a crime to carry out female genital mutilation. The bill comes after a journalist revealed last fall that the practice was still in use in a few villages in the east of the country.

Banning FMG is one of the amendments in a new bill aimed at preventing and combating domestic violence and violence against women.

The bill was prepared by the Ministry of Justice and adopted at a government meeting on Monday.

It is not known when parliamentarians will discuss and vote over the bill. The ruling Georgian Dream party controls 117 seats in the 150-member assembly.

The practice of FGM in Georgia was unveiled in early November by a journalist working for the Institute War and Peace Reporting (IWPR), reporting from a small ethnic group in a remote eastern part of the country.

Georgian authorities at the time announced that they had not had any information regarding the practice of FMG in Georgia and pledged to investigate the case.

In late November, the Ministry of Justice said FGM will be ended ‘very soon’ in Georgia.

“The newly added Article 133-2 in the Criminal Code provides for the criminalization of female genital mutilation. This kind of action is particularly important in light of the revelation of numerous similar cases,” reads a statement by the Ministry of Justice.

The new bill, which contains amendments to 20 different laws, which will  have been prepared in order to bring Georgian legislation in line with the provisions of the Council of Europe’s Istanbul Convention on preventing and combating domestic violence and violence against women.