Georgia to not send officials, only athletes to Sochi Olympics

Georgia to not send officials, only athletes to Sochi Olympics 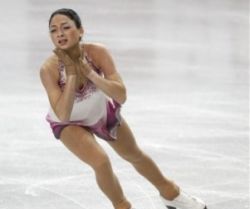 Figure skater Elene Gedevanishvili and three other Georgian athletes are participating in the Sochi Winter Olympics in less than two months. (Interpressnews.)

TBILISI, DFWatch–Georgian athletes will participate in the Sochi Winter Olympics, but the country will not send an official government delegation.

Prime Minister Irakli Gharibashvili said a few days ago in an interview with Russia Today that only Georgian athletes and representatives of the National Olympic Committee (NOC) will be going to the Sochi Olympics.

He said the government discussed whether they themselves should participate alongside the Olympic Committee, and decided to not send a government delegation.

Kakha Beridze, spokesperson for the NOC, told Kavkaz Uzel that the government made the right decision.

The NOC spokesman says it is excluded that any athletes will be representing the breakaway regions Abkhazia and South Ossetia at the Games in Sochi, because these territories have not been recognized by the International Olympic Committee.

Beridze says he would not dramatize a possible appearance by some officials from from either of the disputed regions, as it won’t have any political significance, but that if it happens, it is likely that the leadership of Georgia’s NOC will make an appropriate response.

Mamuka Khabareli, Vice President of the NOC, told journalists that a 20-member delegation will go to Sochi. It will include athletes, NOC representatives including the organization’s president, as well as journalists. He said he will be chairman of the mission.

He added that Georgia doesn’t expect to win any medals.

“For us the most important thing at this Olympics is promoting winter sports in Georgia and to demonstrate that Georgia is serious about its affiliation with the big Olympic family,” he added.