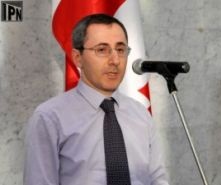 The Interior Ministry on Friday said Interpol’s National Central Bureau in Georgia has submitted all necessary documentation to the organization’s General Secretariat in order to get the Red Notice processed.

“After having studied the material, the General Secretariat of Interpol will issue a Red Notice for Zurab Adeishvili in 190 member states of the organization within the terms stipulated by law,” the ministry’s statement reads.

He left Georgia after the National Movement’s election defeat in October, 2012 and his current location is unknown.

The former minister is charged with abuse of powers. The Prosecutor’s Office claims there is evidence that he ordered prison staff to mistreat prisoners.

Interpol has also announced several former Interior Ministry employees wanted, one of which was detained in Ukraine in December, the other three are still being searched for.