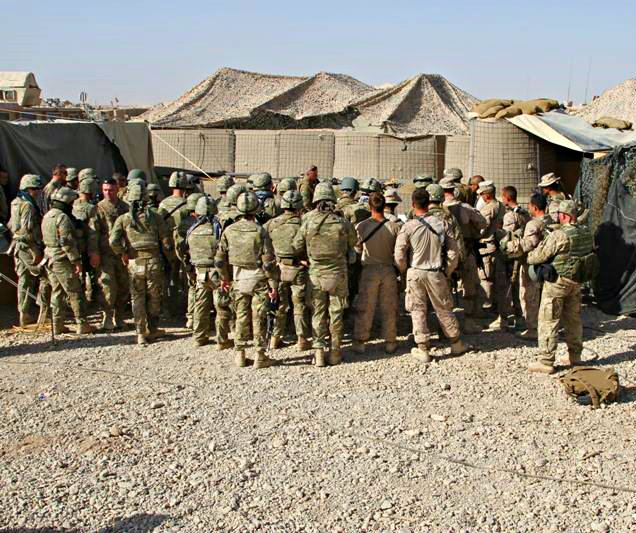 TBILISI, DFWatch–Two of Georgia’s military bases in Afghanistan will be closed, according to the defense minister.

In a TV interview on Tuesday Defense Minister Irakli Alasania said that his government, acting on recommendations from its armed forces and from NATO command, has decided to close two military bases in Afghanistan, after there have been two terrorist attacks on Georgian bases in the last month.

“We asked NATO’s military commanders what measures to take for our soldiers after there was a first attack and I want to say that recommendations were fully foreseen,” Irakli Alasania said on the talk show Positsia.

He said everything will be done to ensure the security of the soldiers.

In the next few days, the base where the most recent attack took place will also be closed.

“The base where the last attack was, will be closed in three to four days and our contingent will move to a new location,” he said.

There was an attack on a Georgian base on May 13, when a group of five insurgents broke into the base. Three Georgian soldiers died in that attack.

June 6 a suicide bomber blew up a truck at another Georgian base, which resulted in the death of seven soldiers.

29 of the country’s soldiers have died in ISAF operations in Afghanistan, while about 1 700 Georgian soldiers are currently serving now.