Georgia to allow visa-free visits for Argentina, Uruguay and Chile

Georgia to allow visa-free visits for Argentina, Uruguay and Chile 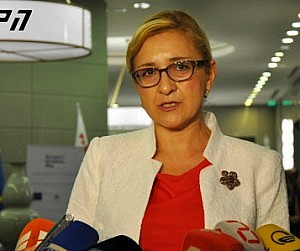 Foreign Ministry spokesperson Davit Kereselidze said the aim of Beruchashvili’s visit to the three countries, which starts Monday and ends on Friday, is to raise awareness about Georgia in the region, and to deepen relations in terms of politics, trade and the economy.

The Georgian foreign minister is scheduled to meet her counterpart in Argentina, as well as that country’s vice president, and is expected to sign an agreement about visa free travel between Georgia and Argentina for holders of ordinary passports. She will also sign an agreement on cooperation in culture, economy and trade.

June 24, Beruchashvili will arrive in Uruguay and finally in Chile. The same kind of agreements about visa free travel will be signed with both of those countries.

Georgia currently allows citizens of 94 countries to enter without a visa for short visits.