Georgia through first step toward Association Agreement with EU

Georgia through first step toward Association Agreement with EU 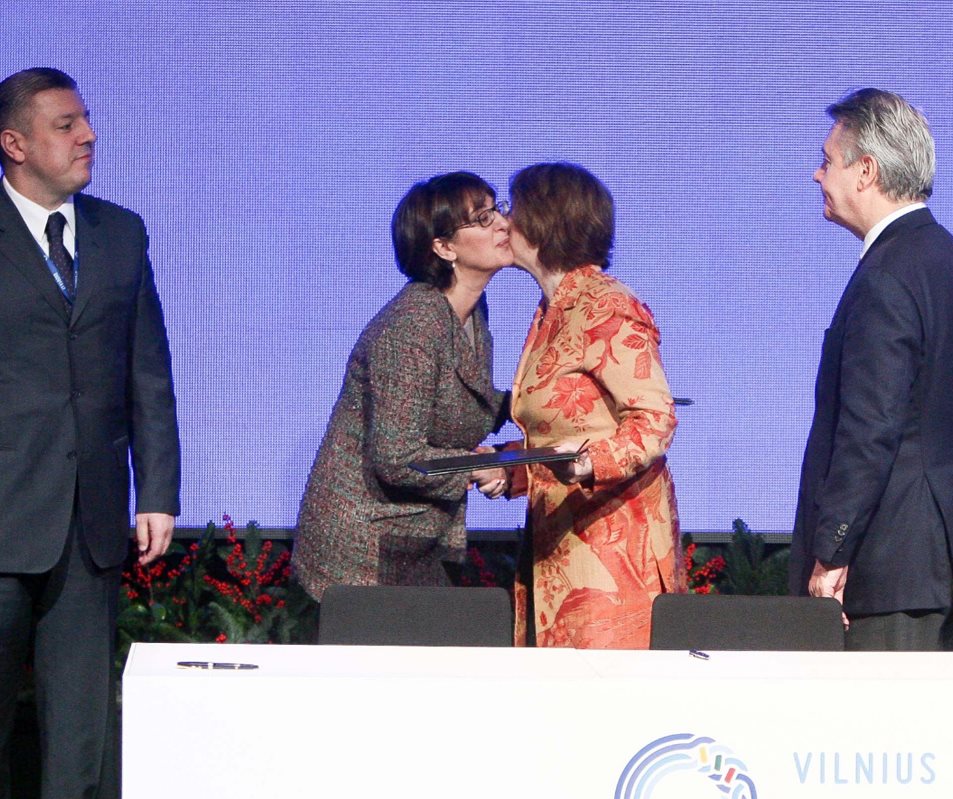 TBILISI, DFWatch–EU and Georgia on Friday finished the first signing of the Association Agreement. The proceedings took place in Vilnius during the summit there of the EU’s Eastern Partnership.

A part of the treaty that deals with free trade, called DCFTA, was signed by Economy Minister Giorgi Kvirikashvili and Karel De Gucht, European Commissioner for trade.

Today’s ceremony was only the start of a long ratification process in the EU system, after which the treaty will be up for a final signing by Georgia, perhaps in a year’s time.

Ashton and Panjikidze also signed an agreement about Georgia participating in the EU’s crisis management operations.

Thursday, Deputy Foreign Affairs Minister Davit Zalkaliani spent three hours on writing his initials on each of the one thousand pages, a ceremony which was accompanied by national Georgian song Shalakho, while Georgian Suliko was heard while signing the agreement about EU crisis management operations. This was criticized locally by opponents and some in social media who thought the government could have picked a better songs for the event.

Georgian President Giorgi Margvelashvili said in an address that the Association Agreement is a step forward toward integration with Europe and opens perspectives for getting closer to Europe.