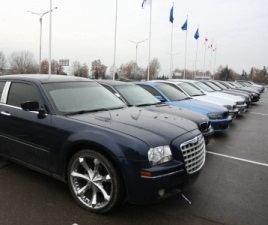 TBILISI, DFWatch–Georgia’s economy has shifted toward processing industry, after many years of basing its exports on used cars and scrap metal, according to an economy expert.

New figures show that the country’s economy is growing; and now, the export is no longer mainly resale of second hand vehicles or based on tearing down buildings left over from the Soviet Union to sell the metal inside their walls and structures.

More than 3 400 new businesses have been registered in Georgia in January of 2013, while the GDP of the country has increased by 2.3 percent compared to the same period in 2012.

Data published by the National Statistics Department, GeoStat, for January show that the total number of new businesses was 3 418 in January, but their type and scale is unknown.

The report, which is about preliminary data for January 2013, shows that Georgia’s GDP increased by 2.3 percent, while in 2012 it increases 6.1 percent.

Economics professor Emzar Jgerenaia at Ilia State University in Tbilisi says that for the first time in 12 years, a trend of decreased deficit in balance of export and import is noticeable, and he thinks this is an important factor for economic development.

Jgerenaia explained that it is important that dominant product in export was processing industry, instead of used cars or scrap, which are usually on top of the list of export products.