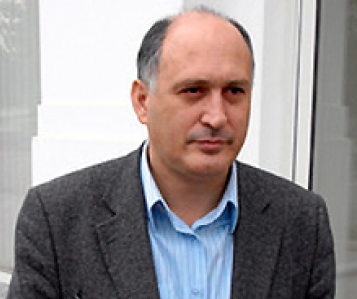 TBILISI, DFWatch–Georgia has ruled out that there will be signed a non-use of force treaty with Abkhazia, because the country does not sign treaties with the breakaway regions.

Vyacheslav Chirikba, de facto Foreign Minister of the breakaway region Abkhazia, said after the November 5-6 round of talks in Geneva that Georgia and Abkhazia might reach agreement about non-use of force before the next round, on December 17-18.

A non-use of force treaty would be an important step for ‘future relations between Tbilisi and Sukhumi’, Chirikba said.

“Our goal is that Abkhazia and Georgia reach agreement about non-use of force or in other words – a peace agreement,” he said, adding that there is still some way to go.

Davit Zalkaliani, Georgia’s Deputy Foreign Affairs Minister, ruled out that there might be any kind of agreement with Sukhumi.

“The issue of non-use of force isn’t even under review from our side. Georgia has legally made an obligation about non-use of force and we do not discuss signing any type of document with the occupied regions,” he said.

Instead, Zalkaniani said, Georgia is waiting for Russia to commit to non-use of force.

Also Ketevan Tsikhelashvili, Deputy Reintegration Minister, said Georgia expects a unilateral obligation from Russia about not using force, as Georgia has already made such an obligation.