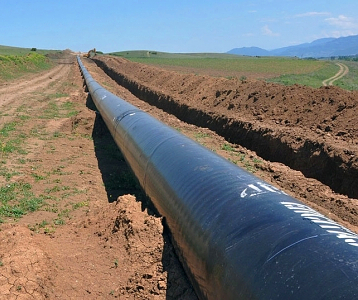 TBILISI, DFWatch–Georgia has renewed an agreement with Gazprom which means the country will continue to receive 10% of natural gas transiting through to Armenia.

Gazprom has sent the text of the agreement to the Georgian Ministry of Energy, a ministry spokesperson told DFWatch.

Some procedures remain before the contract comes into force. The Ministry of Justice will first prepare a legal conclusion about the agreement and then the cabinet has to approve it. Afterward, Georgia will sign the contract, we were told by the ministry spokesperson, who said the whole procedure could take up to a week.

The negotiations with Gazprom have lasted several months and concerned the transport of gas to Armenia. Georgia was asking to continue receiving 10 percent of the natural gas, while the Russian company wanted to monetize the transit fee.

The Energy Ministry says the agreement with Gazprom was first signed in 2003 and has been extended each year. Since 2003, these agreements have remained a commercial secret.