Georgia on imported electricity while power lines being repaired

Georgia on imported electricity while power lines being repaired 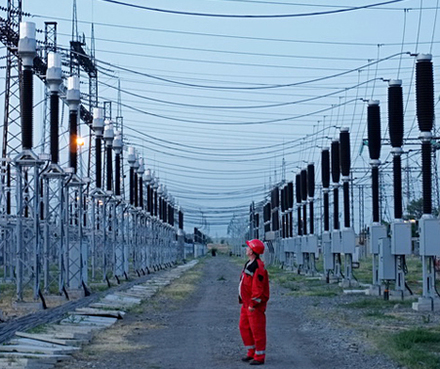 Two of the transmission lines that failed are now working, but until all three are fixed, Georgia is on imported electricity. (Photo published by Georgian State Electrosystems.)

TBILISI, DFWatch–Georgia is now being supplied with electricity that is imported from neighboring countries, after three high-voltage power lines failed yesterday.

Director of the electricity system, Sulkhan Zumburidze, said Monday that the import from two of Georgia’s neighboring countries will continue until the domestic transmission lines are repaired.

The lines that failed are in the center of the country and connect the eastern and western parts.

In addition, all of Georgia’s own reserves have been mobilized, and a thermal power station is switched on.

Zumburidze said that law enforcement bodies are also involved in the process to determine the reason for the failure of three transmission lines late Sunday night. It appears to have been a malfunction, but all suspicions must be ruled out, he said.

Among the three damaged power lines, Kolkhida and Paliastomi-1 are now operational, and also Imereti is expected to be repaired in a few hours.