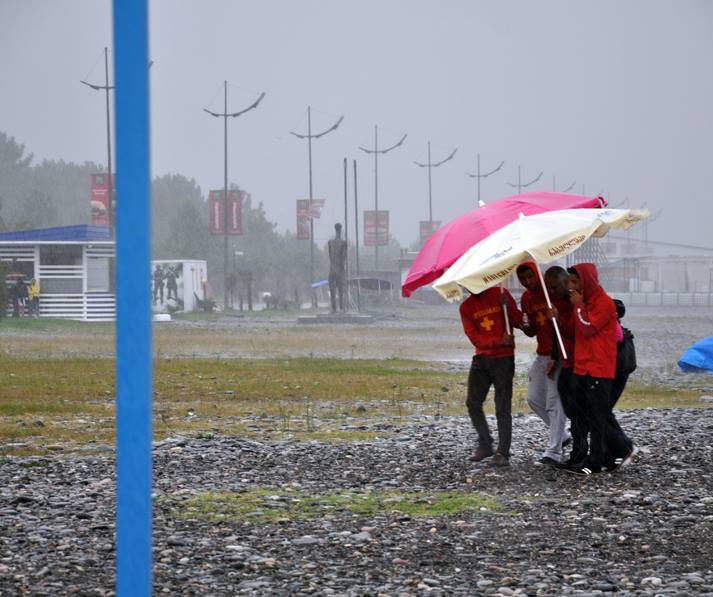 TBILISI, DFWatch–A storm system is expected to hit western Georgia for the next two days, starting late on Wednesday.

The weather forecast predicts a storm that will spread from the Baltic Sea to the shores of the Black Sea with cold and humid air masses, and strong winds and heavy rains are expected in some regions, possibly with hail.

Heavy rain has caused landslides and other damage in Georgia in recent years.

The government has mobilized its available resources in response to the current weather forecast. The Ministry of Environment and the Ministry of Regional Development have appealed to local municipalities in the west to take as much precautionary measures as possible. They warn that with a hailstorm and heavy rain, there will be a sea storm, rivers will be flooded and there will also be landslides and mudflow areas.

The Defense Ministry has put all military units on alert and are ready to assist the population in case of a storm.

The local emergency service in the Adjara region also announced that it is at full alert and ready to work as needed. Also the Interior Ministry’s call center 112 is mobilized to tackle emergencies.

The Ministry of Environment calls on citizens to avoid going to the beach, and leave their cars and other property at a safer place.

“These are preventive measures, in order to reduce losses and damage due to the storm as much as possible,” Minister Khatuna Gogoladze said on Tuesday.