Georgia offers grants to encourage trade with its breakaway regions

Georgia offers grants to encourage trade with its breakaway regions 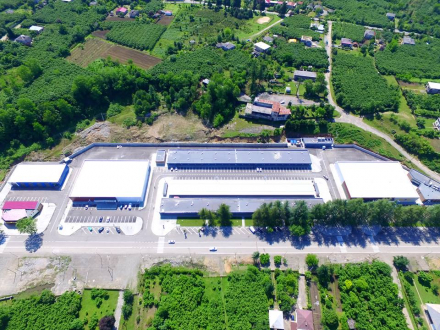 Georgia proposes a new grant program aimed at encouraging trade across the conflict lines within the framework of the peace initiative A Step to a Better Future.

The program has been initiated by the administration of State Minister for Reconciliation and Civic Equality and is a component of the initiative „Produce for a Better Future”. It offers grants to up to 35,000 lari ($13,100) to finance single or joint ventures on both sides of the dividing lines between Georgia proper and its breakaway territories of Abkhazia and South Ossetia.

The program has been presented by State Minister Ketevan Tsikhelashvili and Head of the Agency Mikheil Khidureli.

The initiative promotes trade relations in such a way as to enhance economic relations across administrative borderlines, develop new opportunities and access to both internal and external markets, as well as new ways and opportunities for economic benefits for the population of Abkhazia and the Tskhinvali region, the ministry’s press release reads.

According to information provided by the State Ministry to DFWatch, the beneficiary of the program may become “person or a registered entrepreneur, who lives in the occupied territories of Abkhazia or Tskhinvali region, as well as a person from the territory, controlled by the Government of Georgia.”

The maximum amount of financing is defined as:

– up to 7 000 GEL for one beneficiary who must be/work in the occupied territories of Georgia;

– up to 15 000 GEL for beneficiaries group, which consists of two beneficiaries, one beneficiary should be/work in the occupied territories of Georgia;

– up to 20 000 GEL for beneficiaries group consisting of three beneficiaries, including at least one beneficiary to be/work in Georgia’s controlled territory;

– up to 35 000 GEL for beneficiaries group consisting of four or more beneficiaries, including at least one beneficiary to be/work in the territory controlled by Georgia.

Persons interested in participating in the program at the first stage of the selection will complete and register electronic business plans in Georgian or Abkhazian languages. At the second stage business plans will be evaluated and the winners will be revealed. The selection procedures will be implemented in Produce in Georgia service center at Rukhi, which is located in the vicinity of Enguri crossing point between Zugdidi municipality and Gali district of breakaway Abkhazia.