Georgia listed in 22nd place on Index of Economic Freedom

Georgia listed in 22nd place on Index of Economic Freedom 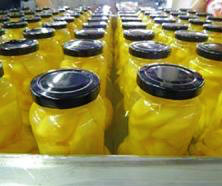 TBILISI, DFWatch–Georgia is listed in 22nd place on the Index of Economic Freedom, a ranking which includes 178 countries worldwide.

The list was published Tuesday by the Heritage Foundation and shows Georgia in 22nd place with 72.6 points.

According to the report, the country has shown improvements in regard to freedom from corruption, government spending, labor freedom, monetary freedom, investment freedom and financial freedom, while worsened in regard to property rights, fiscal freedom, business freedom and trade freedom.

Georgia has 0.4 more points this year and is number 12th among 43 European countries.

“Over the 19 years that Georgia has been graded in the Index, its economic freedom has advanced over 28 points, the third best of any country,” the report reads, continuing that structural reforms have included trade liberalization, privatization, implementation of competitive flat tax rates, and modernization of the regulatory environment.

The report says that with the effective maintenance of low inflation, greater monetary stability has also been achieved.

“From a ‘repressed’ economy almost two decades ago, Georgia has gradually advanced to the ranks of the economically ‘mostly free,’ achieving its highest score ever in the 2014 Index.” http://www.heritage.org/index/country/georgia

Hong-Kong is number one on the list, while North Korea is last. Georgia is in between Lithuania and Iceland. Russia is number 140, while Armenia is 41, Azerbaijan – 81, Turkey – 64.