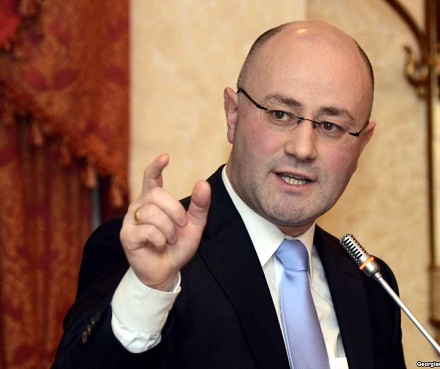 He said the investigation was launched on the basis of operational information, under the article 315 of the Criminal Code, which refers to conspiracy to change the government through violent means.

However, neither the deputy minister nor other officials have revealed any details of the investigation. Izoria said that such an information will be released immediately after the investigation is concluded.

About a month ago, on September 10, the Tbilisi-based newspaper Alia published an interview with Alexandre Chikaidze, the 29 year old Minister of Internal Affairs, who mentioned the same investigation. The National Movement and its associate groups plan mass unrest and destabilization in order to return to power, Chikaidze told the newspaper.

He said that ex-President Mikheil Saakashvili had met his allies while visiting Ukraine and Turkey and given them orders to form 500 strong ‘mobile groups’ that would carry out destabilization activities, launch strikes and develop an overall negative atmosphere in the country.

Izoria’s statement was preceded by a statement by Prime Minister Irakli Garibashvili.

When asked to comment the detention of members of the elite MIA forces for an alleged kidnapping, Garibashvili pointed to the UNM, saying that he had a well founded suspicion that a political force was behind that crime.

“I want to remind them once more, and it is the final warning, that if they conceive of something against the state or against the people they will be strictly punished,” Garibashvili said about the UNM.

The UNM counts this as a new stage of repression against them. Zurab Japaridze, the party’s executive secretary and a member of parliament, said that this would give a pretext and justification for law enforcers to conduct surveillance on his fellow party members.

“This would reflect badly on the country’s image,” Zurab Japaridze said.