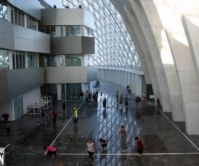 TBILISI, DFWatch–The Georgian parliament last week approved an amendment which will bring in stricter rules for the use of secret surveillance by the state.

According to the changes, the state may use secret surveillance in cases when it is a necessary, appropriate and proportionate means to achieve legitimate goals, which can be providing national security, avoiding disorder and crime.

The amendments state for which categories of crime secret surveillance can be carried out and against whom: Persons may be targeted who are directly related to a crime or if a person with whom they have communication is related to a crime.

The changes will bring in an obligation to inform the person that he is under secret surveillance and that they can appeal it.

76 MPs voted for the legislative amendments against 0. Changes are applied to Criminal Law Proceedings Code.

The process of amending legislation in this area is not finished, however, because it hasn’t been decided who will have access, the so-called ‘key’, to the data gained by surveillance. There is also disagreement about whether law enforcement bodies should be able to listen to a target’s conversations without notifying the communication company.

Parliament is now putting together an 18-member working group to find a solution. The group has until November 1 to prepare a draft bill.

This Affects You Too thinks that law enforcement bodies should not have direct access to people’s telecommunication data and phone conversations.

Law enforcers still have access keys and will have so at least until November 1, when the draft bill must be ready.

Campaigners claim that the issue of access to servers of mobile operators was the most important issue requiring legislative amendments.

The previous government, which also had direct access to mobile operator servers and people’s personal data, were able to amass a huge archive of people’s private lives, and used the archive to put pressure on individuals in ways reminiscent of the ‘honey pot trap’ used by the Soviet intelligence service KGB.

“The Georgian parliament did not have the political courage to support ending this faulty practice,” This Affects You Too writes.