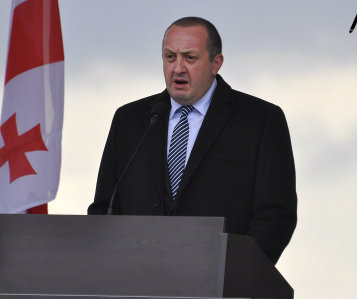 TBILISI, DFWatch–The government in Georgia has decided to raise the president’s salary by 2 500 lari (USD 1 450).

There has been talk about increasing the president’s pay for the last week and on Tuesday the governing Georgian Dream coalition asked parliament to approve raising it from 9 000 to 11 500 lari (USD 6 700).

Last week, Finance Minister Nodar Khaduri told journalists that the only source of income for the new president is his salary, ‘unlike the previous president.’

He also said that there are planned important changes in the president’s administration, such as reducing staff.

“This body won’t have many functions anymore, and there will be enough resources to put in order the labor compensation,” he explained, referring to the new constitutional amendments which significantly reduced the power of the president.

“Many expenses which the previous president used to spend will no longer be spent.”

Margvelashvili said in a brief comment Tuesday that his pay rise is made in order to be in line with the level of other state salaries.

The government also plans to allocate an additional 137 million lari (USD 80 million) to increase the salaries of public employees next year.

Nodar Khaduri explains that the salaries will not increase for managers, but staff at the courts and the Prosecutor’s Office will get their salaries increased.