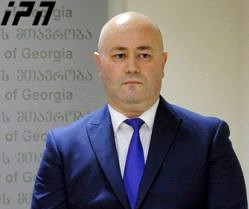 TBILISI, DFWatch–Georgia is halting exercises at sea as there are no certified instructors, Defense Minister Levan Izoria said Wednesday.

A search for two military divers who went missing during an exercise was called off yesterday.

The soldiers went missing while diving in Gonio on the Black Sea on August 16. The bodies have not yet been found.

Izoria said the Defense Ministry doesn’t have instructors with the proper certificate.

“I want to underline and do not mix a diver’s certificate of that of an instructor. For the last 6-7 years, officially there hasn’t existed an instructor who has had a certificate,” he said, adding that he made a decision to halt such exercises and examine the conditions to avoid more accidents.

He didn’t implicate anyone in particular as responsible but said that Prosecutor’s Office will investigate the deaths of the divers.

The head of the joint military staff claimed that the instructors had certificates, but he did not know whether the certificates were valid for that particular type of exercise.