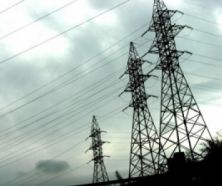 Almost the entire country was without electricity at 02:10 in the middle of the night, as the thermal power plant in Gardabani near the border to Azerbaijan went offline.

It is still unknown what caused the accident.

Sulkhan Zumberidze, General Director of Georgia’s State Electricity System, told journalists that the reason for the accident will be known in a few days.

“So far we can only say that the damage of the thermal power plant caused the electricity blackout.”

It is the second massive outage in Georgia in 2014. The first time it was in July, when a 500 kV transfer line Imereti was damaged. After the incident, the country had to import electricity from neighbor countries until the power lines had been repaired.