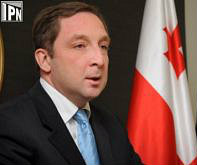 TBILISI, DFWatch–The Georgian government hopes its country’s citizens will be able to travel to Schengen countries visa free from 2016 at the latest.

Minister for Euro-Atlantic Integration Alexi Petriashvili said on Monday that he hopes to see the first phase of the visa action plan completed by the end of summer.

The visa action plan is a set of reforms required by the EU. The second phase of the plan should end in 2015, before a summit of the EU’s Eastern Partnership in Riga.

According to Petriashvili, visa free travel will apply to all Georgian citizens, without any particulary restrictions for categories of people.

“This will concern each and every citizen who has a Georgian passport, including Abkhazian and Ossetian citizens, when the implementation of the phases of the action plan end and EU makes the appropriate decision,” he said.

According to Petriashvili, if everything goes right, it is possible that a decision will be made by the end of 2015, in time for the next Eastern Partnership summit, and that from the beginning of 2016 it will be possible for every Georgian citizen to travel to the Schengen area without a visa.

EU’s action plan for visa liberalization with Georgia was agreed in February 2013. If Georgia follows the plan and fulfills all requirements, Georgians will have access to the Schengen area without needing a visa.

There plan has two phases and involves legislative amendments as well as reforms in border management, migration, public order, security and human rights.

The government expected to finish implementing the first phase in time for the Eastern Partnership summit in Vilnius last year, but postponed until early 2014.

On Wednesday, Petriashvili said the government expects the first phase to be finished by the end of summer.