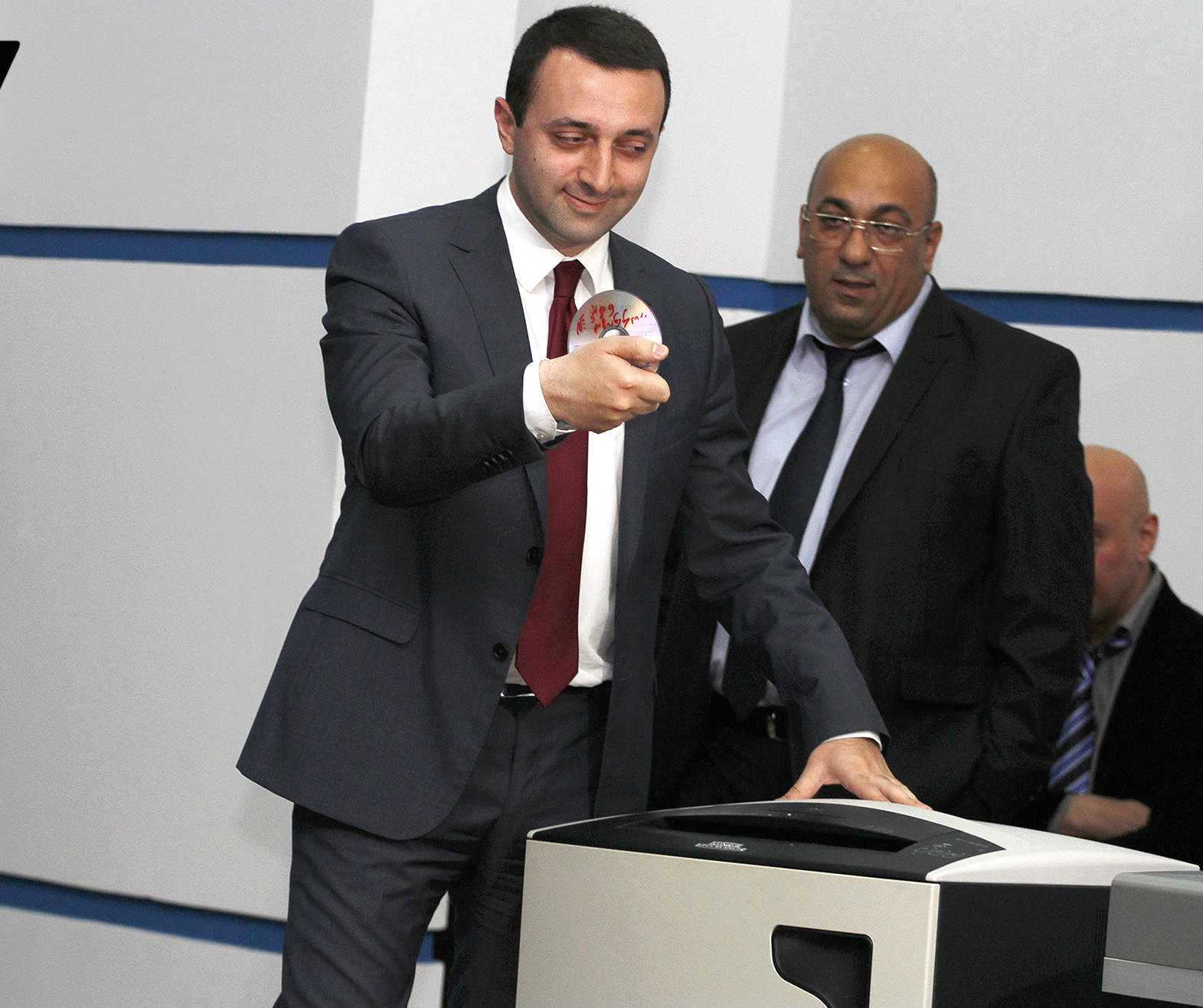 The DVDs contained 144 files, totaling 181 hours, and were fed into a shredding machine in front of members of a commission which selected the files for destruction, and the media.

Interior Minister Irakli Gharibashvili said before starting the shredder that all the material will not be destroyed.

The videos were filmed with hidden cameras and show influential people in private and even sexual situations.

Gharibashvili said the commission created to oversee the destruction process decided to destroy only the footage of people’s private life.

“A big part of society was concerned, thinking that this material should not be destroyed. We will delete only footage of private life, other videos are being sorted and discussed,” Garibashvili said.

After destroying the footage, the interior minister said that he suspects that there are copies of these videos that are being kept by members of Saakashvili government.

“We have information that a lot of data has been copied and the material we have are kept by representatives of the previous government too,” the minister said.

Minister of Justice Thea Tsulukiani told journalists that they have begun working on the issue of how many years a person will be sentenced to if he or she publishes recordings of someone else’s private life.

“1,2 or 3 years wont be enough for such a big crime. This concerns not only the current, but the former government’s members too,” Tsulukiani said.

Apart from Gharibashvili and Tsulukiani, the destruction of the ‘dirty archive’ was witnesses by General Prosecutor Archil Kbilashvili, Public Defender Ucha Nanuashvili, Editor of newspaper Resonance Lasha Tughushi, members of working group and the media.