Georgia declares a day of mourning after Afghanistan losses

Georgia declares a day of mourning after Afghanistan losses 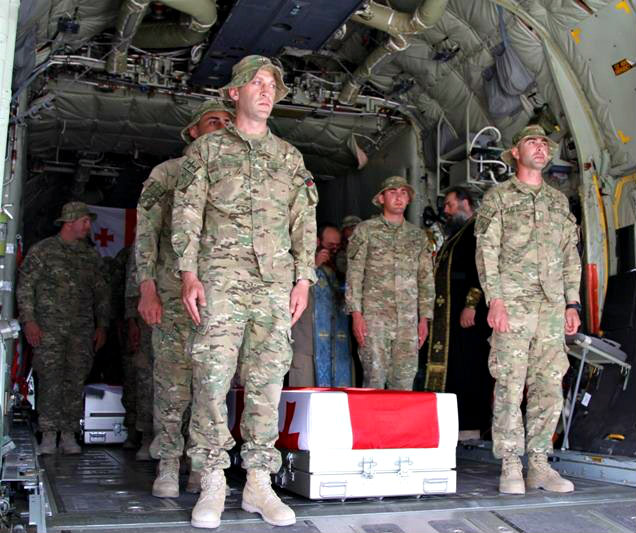 The three who died will be buried on May 16. (Ministry of Defense.)

TBILISI, DFWatch–Mikheil Saakashvili, the President of Georgia, has declared May 16 a day of mourning as a tribute to those Georgian soldiers who have lost lives while serving in the ISAF mission in Afghanistan.

The presidential order says that May 16 will be announced for perpetuation of three Georgian soldiers, who lost their lives May 13.

May 16, state flags will be let down, according to the decree.

Wednesday, the government asked the president to announce May 16 as a day of mourning.

The bodies of the three dead soldiers who died in an insurgent attack will be brought home to Georgia on May 16, when their funeral will take place.

22 Georgian soldiers have lost their lives while serving in Afghanistan.