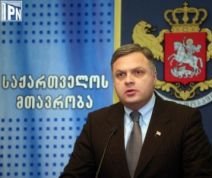 Giorgi Baramidze was reacting to a new report by Liberal Academy Tbilisi, adding that Georgia has highest rate of rejected applications in the region for visa to EU countries.

“In fact they contradict the agreement which EU signed in the name of all EU member countries. This is a very serious topic, on which we work, because it’s absolutely unacceptable in such a situation where agreement on readmission and visa liberalization is signed,” Baramidze said.

An agreement signed between EU and Georgia about readmission and visa facilitation was enforced last March 1. According to the agreement, embassies canceled visa fee for certain groups like students, journalists, children under 12, pensioners, sportsmen, people with disabilities and members of official delegations. The time limit for issuing a visa was reduced from one month to 10 days, and the number of documents required to apply for visa was reduced.

But the report describes a number of technical and infrastructural problems Georgian citizens are having during the process of receiving a visa.

Even though a visa should be issued within ten days, there is a waiting period for being allowed to apply, which may take several weeks, because the registration process is complicated at some of the embassies. There are waiting lines at the embassies which don’t offer the option of registration beforehand. At those embassies, people have to wait for 6-8 hours or even days outside in the street, where there aren’t even chairs.

But the main problem for Georgia is the highest number of refusals in the region: 15.1 per cent in 2010. 3 percent is considered normal.

Baramidze said Georgia actively raises this issue with the leadership of the EU commission.

“Everyone agrees to us that Georgia’s position and complaint is justified. But it’s unacceptable to us when instead of simplifying the procedures of issuing visa to our citizens, in many cases the process is complicated,” he said, adding that this issue will finally be resolved when consultations start with the EU about canceling visa rules, but yet there is a lot of work to do.

In his comment, Baramidze referred to the Georgian president’s early statement made in March, 2012, when he criticized foreign embassies in Georgia. The president drew parallels between embassy staff and the old bureaucratic state apparatus.

“Just go to any foreign embassy in the center of Tbilisi to receive a visa and see how they treat people who go there; including foreigners, by the way, and their Georgian employees too. Why do they treat them like that? They think they are your boss and can humiliate you, watch you from the top, humiliate you and take pleasure this way. It happens so in many countries. It happens in our embassies, foreign embassies, including developed European country embassies,” Mikheil Saakashvili stated.

Yesterday Andrius Kubilius, Lithuanian Prime Minister during his visit to Georgia said that next year Georgia will achieve visa liberalization with EU countries.

“We want to show you that we support your country’s territorial integrity and its NATO and EU integration.”

He said that next year negotiations about free trade agreement and visa liberalization will be at its final stage and this goal will be achieved.

The Lithuanian Prime Minster was accompanies by a delegation from Lithuania’s national assembly the Seimas’s Committee on State Administration and Local Self-Government.