Georgia confirms arrest of four linked to IS

Georgia confirms arrest of four linked to IS 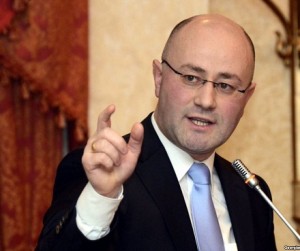 Levan Izoria, Deputy Head of the State Security Service, said at a briefing that the four openly support the ideology of the terrorist organization known as ISIS.

Investigators received permission from Tbilisi City Court to search their houses on November 18. The search was conducted November 29.

The four are currently charged with illegally storing arms, but the investigation continues to determine their ties with, and involvement in, terrorist activities.

Izoria also said that the security service continues working on identifying and arresting other people related to the terrorist organization.

The State Security Service also published a video of the operation.