Georgia arrests two bank robbers with some of the stolen money

Georgia arrests two bank robbers with some of the stolen money 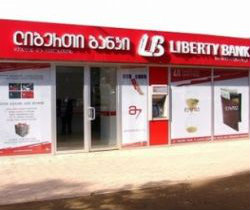 Their robbery spree targeted two banks and a convenience store in Vazisubani, a district of Tbilisi. (Interpressnews.)

TBILISI, DFWatch–Police in Georgia arrested two men Monday who are suspected of robbing several banks and a convenience store in the Vazisubani district of Tbilisi two days earlier.

One of the men was arrested on the Armenian border at Sadakhlo, while the other was apprehended in Shaumiani, near Marneuli.

Their robbery spree Friday targeted two banks – one a Bank of Georgia branch and the other Liberty Bank – as well as a Smart convenience store.

The two got away with a large amount of money, only part of which was recovered by police along with an apparently stolen getaway car.

The suspected robbers now face up to 18 years in prison. The man arrested on the Armenian border had prior convictions.