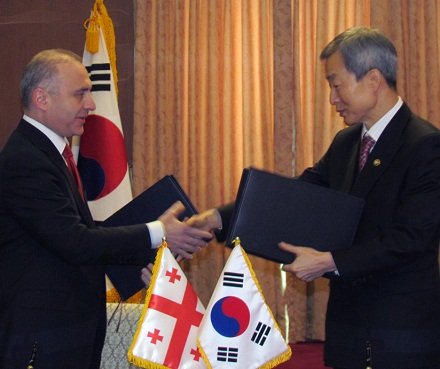 The agreement on the waiving of visa requirements for holders of diplomatic, official and service passports was signed at the Foreign Affairs Ministry of the Republic of Korea February 7th.

According to the information of Georgia’s Foreign Affairs Ministry, signing on behalf of the Georgian government was its ambassador to the Republic of Korea, Nikoloz Apkhazava, and the document was also signed by the First Vice-Minister of Foreign Affairs and Trade of Korea, Ahn Ho-young.

“This agreement is the first inter-governmental treaty signed between Georgia and Korea, and the two countries’ foreign ministries are considering several other bilateral agreements,” the ministry informs.