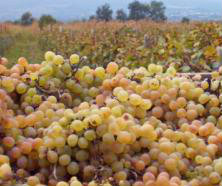 Wine export is one of the trade issues between Georgia and Russia.

TBILISI, DFWatch–Georgia and Russia plan to hold a meeting of experts on trade and economic issues.

The meeting will also deal with Georgia’s signing of a new treaty with the European Union about reforms and free trade.

On the agenda is two treaties that Georgia is to sign with the EU on Friday; one a so-called association agreement and the second a free trade agreement.

Another topic is the progress made in the Karasin and Abashidze talks, which are regular bilateral meetings which began after the change of government in 2012.

The date of the meeting is not known, but it will take place after Georgia signs the AA on June 27 and a few days before the next Abashidze-Karasin meeting in Prague in the beginning of July.

The two diplomats agreed during a phone conversation on Monday to discuss future prospects for relations and Georgia’s new agreement with the EU.

“We won’t discuss the Association Agreement in a context that is against Russia or any other country when it comes to trade or trade relations,” he said. “I also want to say that [our] European colleagues support these type of expert meetings.”

He thinks that the agreement is a subject for experts to discuss in a wider format, but still he will discuss it with Karasin.

“It is interesting how Russia sees the Association Agreement and how they think to continue trade, economic relations,” he continued. “We probably won’t be able to avoid these issues.”

The Abashidze-Karasin talks is a series of meetings between Russia’s Deputy Foreign Minister Gregory Karasin and Georgia’s Special Representative Zurab Abashidze which began after the change of government in 2012. Until then, there had been no direct bilateral contact since Georgia broke off diplomatic relations following the five day war in August, 2008.

Abashidze and Karasin have met six times since 2012, discussing economic, trade, humanitarian, communication and other issues. One of the more tangible results is that Georgia was again allowed to export its wine and agricultural products to the Russian market, which has led to a surge in wine export.